While all of Mississippi bakes in the scorching summer of 1925, sudden orphanhood wraps its icy embrace around Emily Ann “Baby” Teegarten, a pretty young teen.

Taken in by an aunt bent on ridding herself of this unexpected burden, Baby Teegarten plots her escape using the only means at her disposal: a voice that brings church ladies to righteous tears, and makes both angels and devils take notice. “I’m going to New York City to sing jazz,” she brags to anybody who’ll listen. But the Big Apple—well, it’s an awful long way from that dry patch of earth she’d always called home.

So when the smoky stages of New Orleans speakeasies give a whistle, offering all sorts of shortcuts, Emily Ann soon learns it’s the whorehouses and opium dens that can sidetrack a girl and dim a spotlight…and knowing the wrong people can snuff it out.

JAZZ BABY is not only a good read.  It’s a lived experience.  Beem Weeks’s words, paragraphs, chapters pulsate with alive characters, completely felt moments, every page, every sentence.  Not a wasted syllable.  It’s like a tome(sic) poem, long and literary.  The year is 1925.  Poetically moving are Weeks’s wonderfully crafted literary gems like this one: “A warm breeze slipped through open windows and set my hair to dancing.”  More firmly establishing the mood, the storyteller in the persona of Emily Ann “Baby” Teegarten lures you into intimate experiencing.

Vivid.  Immersive.  As though you’re a fly on the wall of the ramshackle habitat and rustic habits of the Teegarten family.  If Emily Ann isn’t sassing Papa outright, her internal monologue is colorfully rich with opinions about her flesh and blood and about outsiders like Eunice Spatch and her husband.

In this delightfully crafted novel, Weeks deftly spirits you to a world a-weary-of-ordinary to an existence a reader gladly escapes into, immersed in one of those great literary Southern American novels.  Add Weeks to that pantheon of greats. 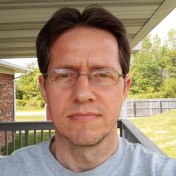 Telling his story from the heroine’s perspective, Weeks situates Emily Ann, mostly in her internal monologue, in a self-created goddess universe.  A genius wordsmith, Weeks is a virtuoso at hard-to-verbalize (even for other accomplished writers) descriptions of scenes, feelings, thoughts throughout this novel.  Here’s a shining example: “Across the pond, a million butterflies rose and fell in unison, courting some grand symphony only they could hear.”

This pre-teen female is both grandly mature for her age and “baby” innocent simultaneously.  All the dialogue, plus the internal monologue of the heroine speaking to the reader, is clever, incisive, poetic.  Like this aside from Emily Ann, after her and Billy’s mutually nude encounter, interrupted by another beau at the waterside: “An awkward still moment passed while Billy finished putting his clothes right. ‘See you around, Teegarten’, he said, taking his grin with him.”

Even an anthropomorphic “shiny black Ford glowered at me from our driveway,” Emily Ann tells herself.  This novel is very tightly written, keeping you enthralled sentence to sentence, as each rapidly evolving scene emerges and surprises yet again.  Soon there’s Tanyon Thibbedeaux, Papa’s best friend, pivotal in getting Jazz Baby Teegarten to sing in a speakeasy.

Riveting.  Once you start it, I’m warnin’ ya, you won’t want to put it down ‘til all read—‘cept to chow down some food between delicious chapters. Because you’ll melt swiftly intoBaby’s nostalgic American South of 1920s Biloxi and New Orleans. Lord a-mercy! What a great piece of literature!  Not a word wasted. Tight storytelling even Ernest Hemingway would envy.  Immediacy.  You’re THERE.  No, you’re IN her every experience, carried along by the easy flow and forward propulsion of superb writing. 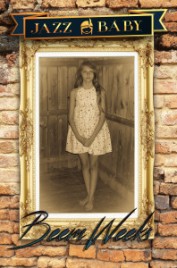 Emily Ann is both childlike and mature beyond her years.  You get vortexed into the JAZZ BABYatmosphere by Weeks’s cleverly crafted language his protagonist revels in.  Extremely aggressive for a very young girl, even in her internal self-talk, she fluidly transitions from vague naivety to brashness in various, rapidly occurring, suggestive, then sexually overt encounters.  Reading JAZZ BABY, you’ll understand how she soothes herself with these masterfully expressed internal monologues, wondering if her gorgeous singing will ever carry her to glorious heights.

The core of this novel is like a Freudian feast in the mind of a multi-faceted being. Determined.  Naive.   Risk-prone.  Sexy.  The book’s got everything:  Murder.  Mayhem. Sex.  Innuendo.  Insinnuendo.  It’s got bootleggers. Bootlickers. Miscreants.  And, to paraphrase an old saw, “It ain’t over ’til the young girl sings.” 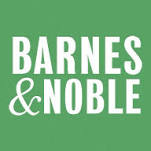 View all posts by drhelenborel

My Tweets
Follow Book Bytes by Borel on WordPress.com